Who will be the top wicket-taker for Pakistan in the T20I series against Bangladesh?

Previews for the newly formed provincial teams for the domestic cricket season for 2019/20. 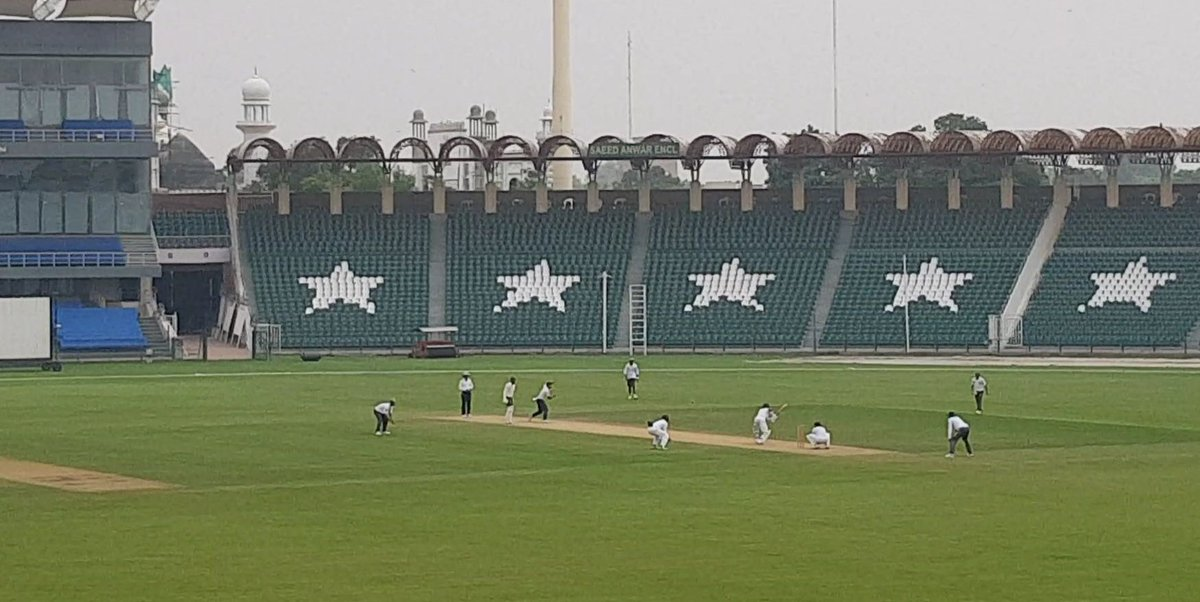 It is heartening to see Balochistan get proper representation in the First Class setup. However due to decades of neglect and lack of investment in their cricketing infrastructure, there is a lack of local talent in their squad compared to other regions. Hence, the PCB have propped up their squad with many non-Balochi cricketers.

Hopefully a greater representation of Balochi cricketers will be achieved in the future.

Strengths: If Babar Azam is Pakistan’s best batsman, then Balochistan captain Haris Sohail has the strongest case as the second best batsman. An elegant left hander assured against pace and spin, Sohail will join Imam-ul-Haq and Imran Farhat, fresh from last season’s QEA Trophy success with HBL, in the top order.

Yasir Shah and Mohammed Asghar should make for a potent spin combination.

Players to watch: Part of HBL’s winning team in last season’s QEA Trophy, Amad Butt will look to throw himself in contention for Pakistan who are searching for a quality seam bowling allrounder. Mohammed Asghar will also be eyeing a place in Pakistan’s Test team which needs competition to Yasir Shah.

Central Punjab must be ranked as the favourites given their strength in all departments. They have experienced batsmen who’ve been prolific at domestic level such as Babar Azam, Azhar Ali, Usman Salahuddin, Umar Akmal, Salman Butt and Ahmed Shehzad.

They possess several internationally capped fast bowlers such as Hasan Ali, Ehsan Adil and Fahim Ashraf as well as capable spinners such as Zafar Gohar and Bilal Asif.

Their strength in depth ensures they’ll be competitive even without the centrally contracted players.

Weaknesses: Combustible personalities like Ahmed Shehzad, Umar Akmal and Salman Butt have had disciplinary infractions in the past. It’s vital these senior players set the right example to the youngsters.

Players to watch: Nasim Shah has impressed many with his raw pace and ability to extract bounce. Ahmed Bashir is a promising and intelligent young seamer.

KPK has unearthed many Pakistani international cricketers in recent years. They may not possess the big names of other provinces but have often upset the odds in domestic competitions.

Captain Mohammed Rizwan has been a prolific runmaker in domestic cricket and for Pakistan A. He's arguably one of the fittest cricketers in the country and an athletic gloveman. They have internationally capped seamers in Junaid Khan, Usman Shinwari, and Imran Khan Sr in addition to promising youngsters such as the tall Sameen Gul and spinner Umer Khan.

However without centrally contracted players Fakhar Zaman, Mohammed Rizwan and Usman Shinwari, one can see KPK struggling to compete with the other sides.

Strengths: With the centrally contracted players, KPK can beat any team on their day.

Weaknesses: KPK lack the batting strength and will be heavily reliant on Mohammed Rizwan, Fakhar Zaman and Iftikhar Ahmed, if even available, to provide competitive totals for their bowlers.

Players to watch: Young batsman Nabi Gul has made a strong start to his First Class career. Kamran Ghulam is a hard hitting spin-bowling all-rounder with excellent fitness levels who has the ability to catch the eye of the national selectors. Also watch out for pacer Arshad Iqbal in the Second XI.

Northern are blessed with a variety of young pace options such as Shaheen Afridi, Musa Khan and Haris Rauf. They are supplemented by experienced campaigners such as Sadaf Hussain, Sohail Tanvir and Waqas Ahmed.

Northern also perhaps have the most spin bowling depth. In captain Imad Wasim and Shadab Khan they possess two of Pakistan’s leading allrounders. In addition, two of Pakistan’s best young spinners in Raza Hasan and Usama Mir can be called upon from the Second XI.

The batting however looks weak with much depending on vice-captain Umar Amin and senior batsman Afaq Raheem.

Strengths: Have the ability to take 20 wickets in all conditions. Their Second XI is also one to watch with youngsters such as Raza Hasan, Usama Mir, Zeeshan Malik, Tauseeq Shah and Umair Masood gunning for First XI places.

Players to watch: Wicketkeeper Rohail Nazir struck an assured hundred vs India in the Under 19 Asia Cup and his development will be interesting to watch. Haris Rauf and Musa Khan are two quicks that caught the eye during the recent Pakistan Super League. Their stamina for the red ball game however will be tested.

Possessing arguably the best batting lineup of the tournament, Sindh’s batsmen will not be easy to dislodge. They boast two prolific domestic openers in Khurram Manzoor and Abid Ali, and a powerful middle-order of Asad Shafiq, Fawad Alam, Saad Ali and Saud Shakeel.

Their bowlers are no mugs either. Sindh can call upon seasoned domestic performers such as Sohail Khan, Mir Hamza, Tabish Khan and Kashif Bhatti, as well as a promising young spinner Waleed Ahmed, son of Pakistani offspinner Tauseef Ahmed, and the raw quick Mohammed Hasnain who lit up the Pakistan Super League.

Strengths: Their batting lineup is arguably the strongest in the competition so runs on the board should not be a problem.

Players to watch: Mohammed Hasnain’s PSL displays earned him a World Cup place. Whether he can transition into an effective red ball bowler is to be seen. Omair Bin Yousuf meanwhile has made a strong start to his First Class career but may find it hard to break into this Sindh First XI batting lineup.

With the centrally contracted players available, South Punjab have one of the most potent bowling units in the competition. Mohammed Abbas and Wahab Riaz are vastly different bowlers, but Abbas with his nagging accuracy and Wahab with his raw pace and reverse swing will be a handful for any batting lineup.

Add them to Rahat Ali, the 7ft 1 Mohammad Irfan, the slow left arm spin of another Mohammad Irfan, the right arm Mohammed Irfan (Second XI) and Umaid Asif, along with two handy all-rounders in Aamer Yamin and Bilawal Bhatti – taking 20 wickets ought not be an issue.

They have in Shan Masood a hardworking and intelligent individual with a good temperament as captain.

Strengths: An abundance of bowling options and two solid openers in Shan Masood and Sami Aslam.

Weaknesses: The batting is relatively weak compared to Central Punjab and Sindh.

Players to watch: Young batsman Imran Rafiq has impressed in his brief career with an average of 42 from 9 FC matches.